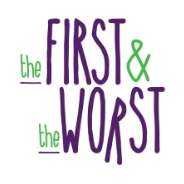 On April 1, 2015, some of Nashvilles most recognized songwriters will come together for the inaugural “First And The Worst” charity event hosted at 3rd and Lindsley, benefitting the Music Health Alliance. The First and The Worst, which will take place at 3rd and Lindsley, will showcase hit songwriters performing the first and the worst songs they ever wrote, as well as their songs that have become top-selling records recorded by superstar artists, all for a worthy cause.

Hosted by Grammy-nominated songwriter, producer, and music critic Peter Cooper, the evening will feature Richard Leigh (Dont It Make My Brown Eyes Blue and Ill Get Over You/Crystal Gayle, The Greatest Man I Never Knew/Reba McEntire), Liz Rose (Tim McGraw, Teardrops On My Guitar, and “You Belong To Me”/Taylor Swift), Phil Barton (“A Woman Like You”/Lee Brice, She Rides Away/David Nail, Yeah Yeah Yeah/Dustin Lynch), Roxie Dean (“When I Think About Angels”/Jamie O’Neal, Why They Call It Falling/Lee Ann Womack), Wynn Varble (Waitin On A Woman/Brad Paisley, Have You Forgotten/Darryl Worley, and Im A Little More Country Than That/Easton Corbin) and others to be announced.

All event proceeds from sponsorship tables, ticket sales and the silent auction will benefit Music Health Alliance. The non-profits work assists songwriters, artists and music industry professionals in finding affordable health solutions and financial resources at every stage of their career. The mission of Music Health Alliance is to Heal the Music by providing access to healthcare through services that protect, direct & connect music professionals with medical and financial solutions. In two short years, they have saved over $ 5.5 million dollars in insurance premiums, reduction of medical bills, and prescription savings.

Tatum Hauck Allsep, MHAs Founder/Executive Director said, The First and The Worst will enable Music Health Alliance to provide life saving healthcare access to the music industry in it most vulnerable time of need. MHA is thrilled to be the beneficiary of such an incredibly clever and entertaining evening of music.

First and The Worst is the brainchild of Grammy-nominated songwriter, Sandy Knox (Does He Love You, “She Thinks His Name Was John,” and “Why Haven’t I Heard From You”/Reba McEntire and her own early gems Upchuck and Mr. Phone).

The First and The Worst is an event I have dreamed about for close to 20 yearsa night in which the audience is allowed to peek inside the brilliant minds of hit songwriters long before they had ever written a hit, explains Knox about the idea becoming a reality. And, having it benefit the Music Health Alliance makes it all about giving back to our community.

Doors to the event will open at 5:00 p.m. and the show will start at 6:30 p.m. Tickets are now available for purchase through the 3rd and Lindsley website. Tickets are $ 20 for balcony and $ 75 for reserved seating. Table sponsorships are available for $ 1,500, $ 2,000 and $ 2,500, and $ 10,000 for the title sponsorship. There are a limited number of tables available for sponsorship. Please contact Shelia Shipley Biddy at shelia(at)musichealthalliance(dot)com for more information.

The countdown to the 70th anniversary of the end of World War II begins on New Years Day when floats honoring famous members of America’s ‘greatest generation’ will be featured in the 126th Tournament of Roses Parade. The parade begins at 8:00 a.m. PST

The theme for this year’s Rose Parade is “Inspiring Stories,” – a tribute to those who have loved unconditionally, persevered courageously, endured patiently, and accomplished much on behalf of others.

“We were thinking about an inspirational theme, a theme where we would actually lift peoples lives up. said Richard Chinen, chairman and president of the Tournament of Roses.

Chinen said this year’s Rose Parade theme was inspired by the life of Louis Zamperini which was documented in the best selling book “Unbroken,” by Pulitzer Prize winning author Laura Hillebrand. A movie based on the book and directed by Angelina Jolie opened nationwide on Christmas Day. Zamperini ran in the 1936 Berlin Olympics, and later survived 47 days in shark infested waters during WWII when his plane crashed in the Pacific, followed by two years of intense brutality in a Japanese POW camp.

Zamperini was chosen to be the grand marshal for the 2015 Rose Parade last May but died on July 2 and will be only the second individual to be posthumously honored as the grand marshal in the history of the parade. He will be represented by his family who will ride in the grand marshall’s car behind a riderless white horse, and in front of a float depicting the challenges Zamperini overcame during his life that was produced by the Torrance Rose Bowl Association.

Also honored in this year’s parade are Japanese American WWII veterans who fought in Europe as members of the legendary 442nd Regimental Combat Unit and 100th Infantry Battalion, and the Military Intelligence Service that is credited with having helped shorten the war in the Pacific by two years. Together, they became the most highly decorated units, by size and length of service, in the history of the U.S. Army, and received numerous decorations, including the Congressional Medal of Honor. Their float, bearing their motto “Go For Broke,” was entered by the City of Alhambra, CA.

“I was deeply inspired by the stories of these young men who sacrificed so much for our country, despite the fact that many of their families were in internment camps simply because of their Japanese ancestry,” said Gary Yamauchi, mayor of Alhambra. “We hope our example will encourage other cities and towns in America to make sure that future generations will remember the heroes of WWII from their communities.”

The Rose Bowl WWII floats will be the first in a series of events and activities that are planned for this year to commemorate the 70th anniversary of the end of WWII.

“The Rose Parade and the cities of Alhambra and Torrance have done a great service by focusing attention on the importance of preserving the inspiring stories of the men and women of the WWII generation ,” said Warren Hegg, national programs director of “Keep the Spirit of ’45 Alive,” a nonprofit grassroots coalition of organizations that are planning 70th anniversary events and activities this year.

The group will be meeting in San Diego in February to finalize marketing and media strategies for events honoring the contributions of America’s airpower, ground forces, seaborne services and Home Front during WWII.

“This year may be the last time families and communities throughout America can come together to say ‘Thank you!’ to the men and women who were the ordinary heroes who did so much to assure a better future for their children and their children’s children,” said Hegg.

The centerpiece of the year’s activities will be a 70th Anniversary Commemoration on the weekend of August 14 – 16, that will include a mass “Kiss in” in Times Square, flyovers by WWII aircraft, events featuring ’40’s style music and entertainment, oral history interviews, and wreath laying ceremonies at multiple locations around the world. A cross country convoy of WWII vehicles that is being promoted as the “longest Veterans Day Parade in history” is planned for the fall.

For more information about the Rose Parade, visit http://www.tournamentofroses.com/rose-parade

For more information about the Spirit of ’45 70th Anniversary Commemoration visit http://www.Spiritof45.org