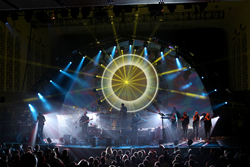 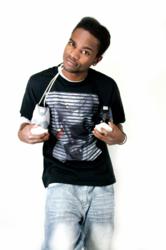 New Rap Songs 2011 and a UK Hip Hop Show are on the way from new music sensation, C.KHiD. As iTunes sales rise into thousands monthly, the South Carolina rapper who’s gained big attention from YouTube is taking over the world. The rapper who started with hit “I Want This World” and is now getting it.

“New Rap Songs 2011 is on the way. Every song will be on the C.KHiD SoundCloud profile (click here) first. First 100 fans to catch a song will get free rap song downloads. A UK Hip Hop show is being planned. I’m also in talks of a US tour. All I want though is for fans of my music to continue downloading C.KHiD on iTunes and sharing my YouTube music videos… keep it Dreamer Like,” said C.KHiD of plans.

Releasing 4 albums last year, C.KHiD totals over half one million song downloads between ringtones and iTunes. Never signed to a major label, he was featured in XXL Magazine in 2010, has over 5 milllion New Music Video plays on YouTube, had several videos featured on WorldStarHipHop (shut down yesterday), and hometown’s magazine LINK as the cover.

Funding his own path and forcing his position in the music world, C.KHiD’s journey has been a struggle without support from radio. Citing Hip Hop club DJs as a major reason his new rap songs get major play, it’s obvious people are finding out about him in some big way.

“When I play C.KHiD music, I don’t feel like I hear someone else. I hear C.KHiD’s new rap songs 2011 released and think, this is C.KHiD, that’s all. There is something special about that,” said well known South Carolina disc jockey, DJ Funky White Boy.

New Rap Songs 2011 will be a full album with few features. 15 tracks are slated for the new Hip Hop release with production from Johnny Juliano, LOS Beats, BraveStarr Beats, and international producer GUE Beatz. The retail price of the album will be $ 5.99 on iTunes for those who miss the first 100 free rap downloads. Follow C.KHiD on Twitter or SoundCloud for fastest updates on the free music.

Download all 4 C.KHiD albums on iTunes (download C.KHiD here) for under $ 25 today. Singles Sour Sugar, Wonderful Girl, Yeah Yeah, and I Want this World are his top selling singles.

C.KHiD is an independent artist and President of CKHID, a digital age entertainment group. Focused on developing media and birthing independent careers for various music, comedy, and modeling entertainment acts, he has proven his method works, putting self first. Visit the official C.KHiD website at http://www.CKHID.com for updates and his official merchandise store.